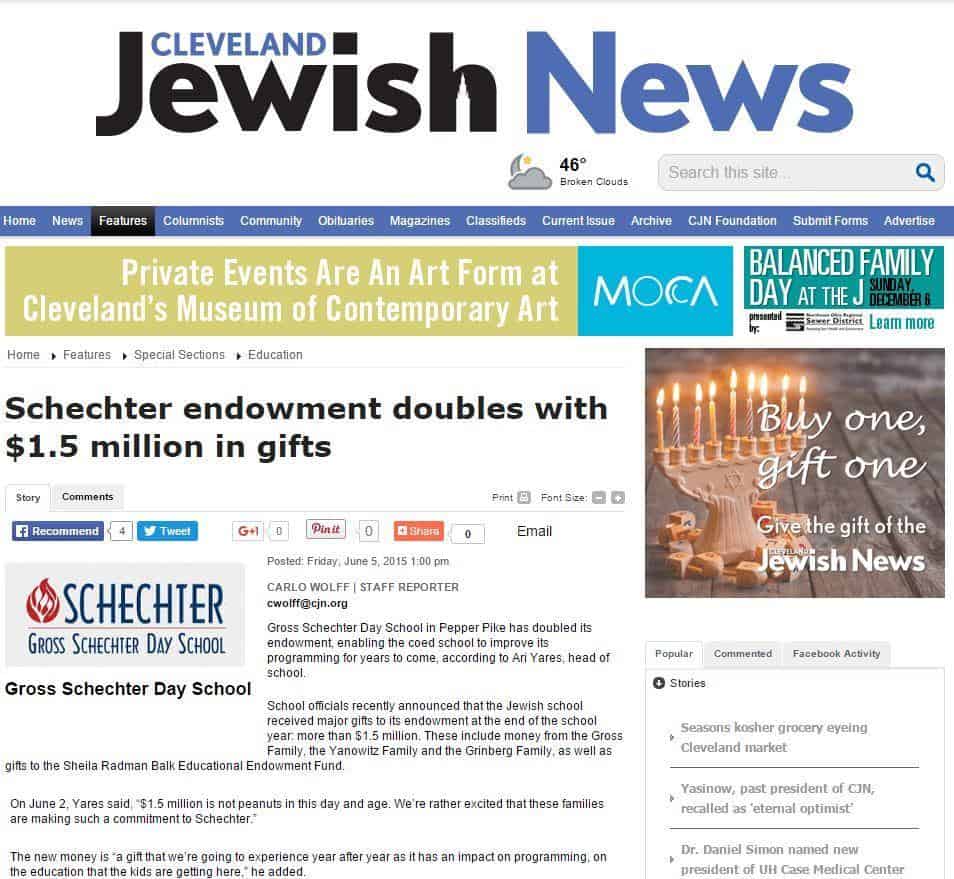 Endowment Growth In the News!

Gross Schechter Day School in Pepper Pike has doubled its endowment, enabling the coed school to improve its programming for years to come, according to Ari Yares, head of school. School officials recently announced that the Jewish school received major gifts to its endowment at the end of the school year: more than $1.5 million. These include money from the Gross Family, the Yanowitz Family and the Grinberg Family, as well as gifts to the Sheila Radman Balk Educational Endowment Fund. On June 2, Yares said, “$1.5 million is not peanuts in this day and age. We’re rather excited that these families are making such a commitment to Schechter.” The new money is “a gift that we’re going to experience year after year as it has an impact on programming, on the education that the kids are getting here,” he added. Gross Schechter schools children 6 weeks old to eighth grade. “Our endowment funds fund a wide variety of our operations,” Yares said. “Some of them are unrestricted; other pieces of our endowment focus on Jewish life in the school and tuition assistance. What the funds address depends on the school’s agreement with the donor, Yares said, adding Gross Schechter works with the donor in regard to the impact the donor wants to have. The donor families behind this latest gift are well known in the Greater Cleveland Jewish community for their philanthropy, said Rachel Lappen, Gross Schechter’s director of institutional advancement. Every nonprofit, like Gross Schechter, wants to build its endowment, she said, noting that Schechter, at 36 years of age, is a relatively new institution. The $1.5 million endowment signifies a coming of age for Gross Schechter, Lappen suggested. “We’ve been cultivating our donors, working hard to provide information about how important an endowment is. and we have some incredibly supportive families,” she said. “This is a move in the right direction. “I would say that it’s appropriate that now we’re in a stage that we can really focus a lot of our attention on endowment efforts.” For original article, click here.
TAGS:endowmentfundraising
0 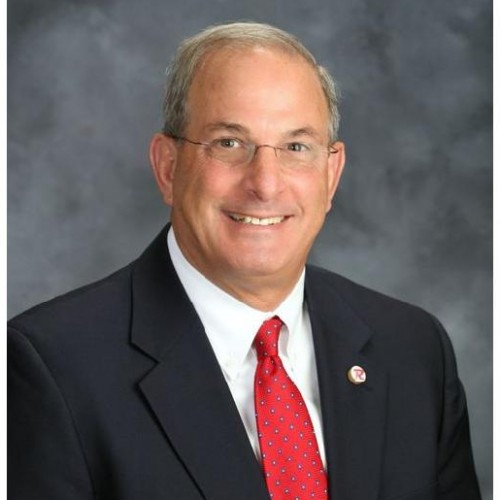 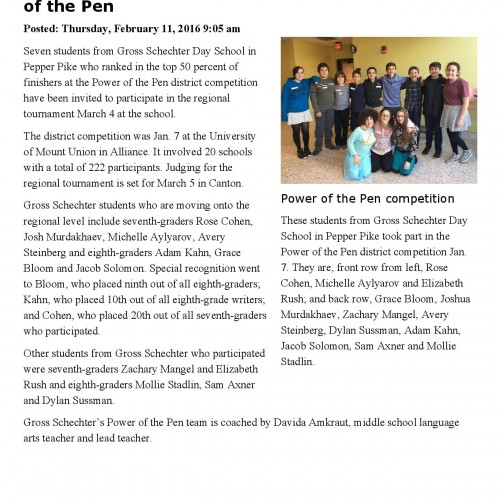